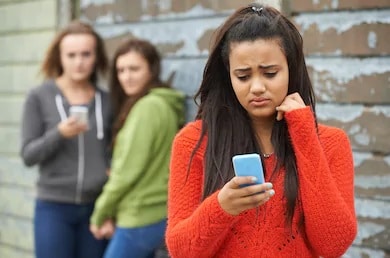 ABC participated in the BPS Cyberpsychology #CyberSectionChat on the topic of Cyberbullying this month.

The British Psychology Society (BPS) Cyberpsychology (@BPSCyberPsych) section discusses various ‘cyberpsychology’ related topics each month for their #CyberSectionChat. Researchers and industry advocates who study the application of psychology to digital technologies and the Internet (cyberpsychology) tweet about their views, tips and research/industry/practitioner experience during the chat.  January’s topic was on Cyberbullying, and ABC were delighted to be involved.

Dr. Dawn Branley-Bell of Northumbria University tweeted on the characteristics that might distinguish ‘traditional’ bullying from cyberbullying. 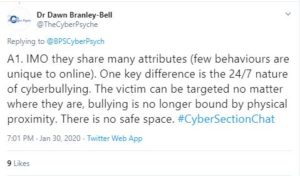 Dr. Peter J. R. Macauley, lecturer in social psychology at Staffordshire University, tweeted about the negative consequences of cyberbullying for all involved addressing the individual and the wider society. 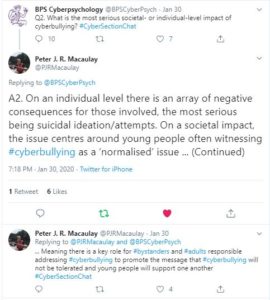 Dr. Maša Popovac, lecturer at the University of Buckingham tweeted on some of the ways resilience to cyberbullying could be promoted via digital citizenship and online safety education. 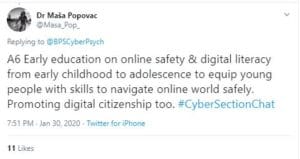 Dr. Linda Kaye, senior lecturer at Edge Hill University commented on how the dynamics of online spaces can change how bullies target victims differently to how they would in ‘traditional bullying’. 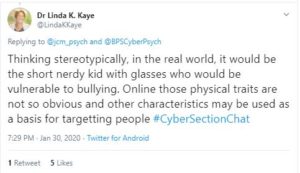 It was also important to critique some of the ways that researchers measure cyberbullying, particularly in relation to quantitative measures that are widely used. So ABC did just that. 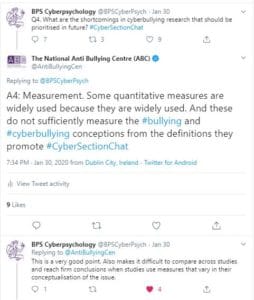 There were other fantastic tweets from other contributors too – apologies for not mentioning them all here! It was certainly stimulating to discuss such issues in relation to cyberbullying and engage with researchers who follow similar interests in promoting online safety, and making the online world a safer place for all concerned. ABC expresses many thanks to the committee behind BPS Cyberpsychology who organised the chat (also ABC won a contributor award XD). To visit the #CyberSectionChat, readers can access all of the tweet contributions on Twitter here. 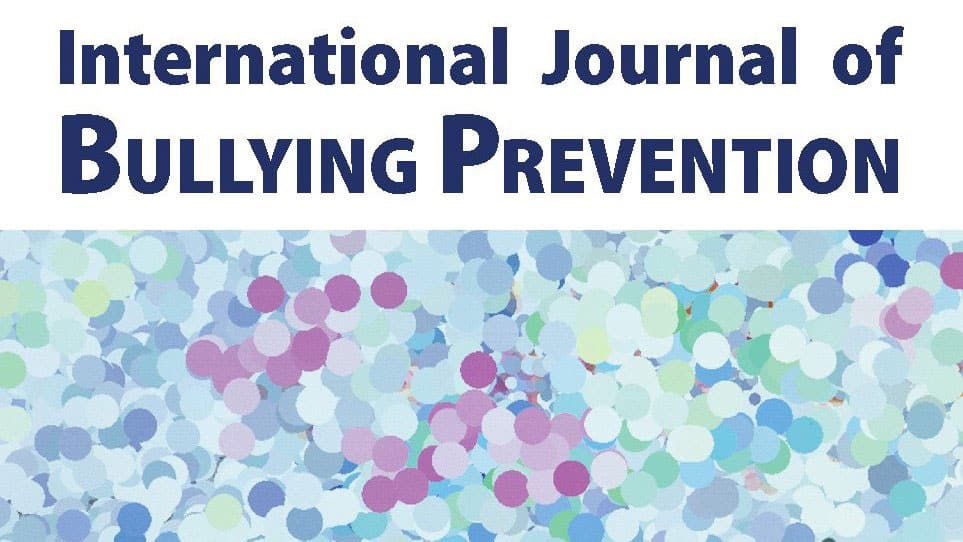 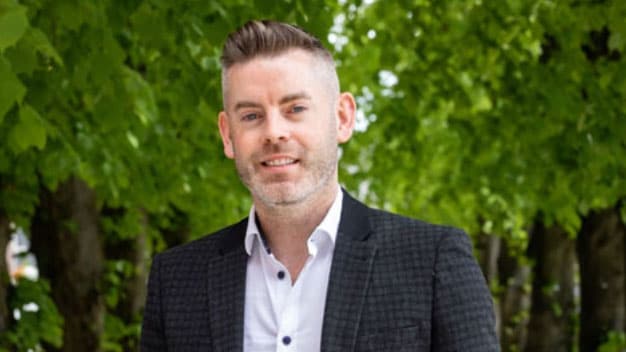 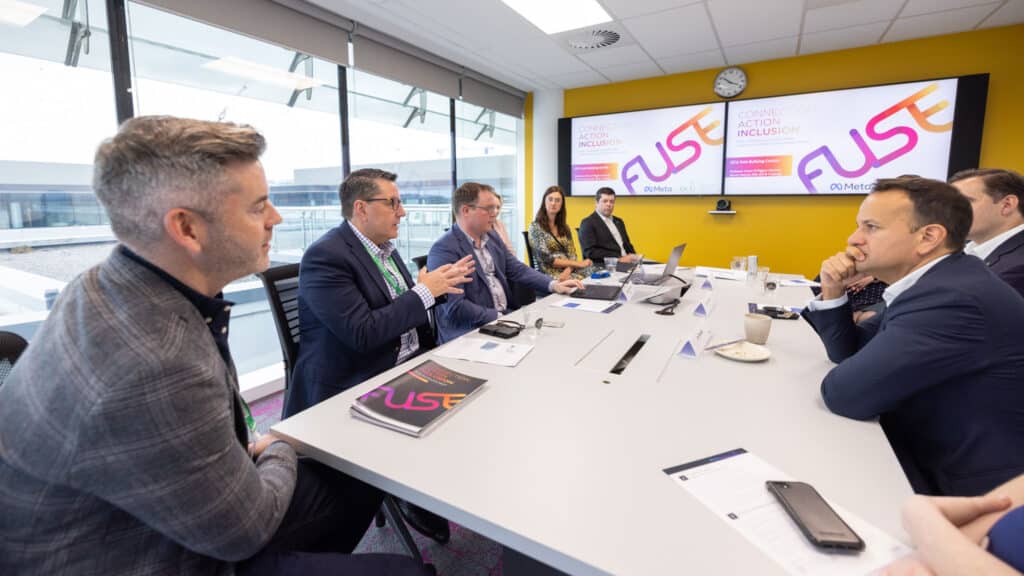