An Initiative of
DCU Anti-Bullying Centre

An Initiative of
DCU Anti-Bullying Centre 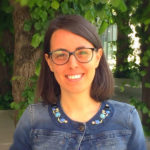 Dr. Angela Mazzone is a Postdoctoral Researcher at DCU Anti-Bullying Centre. She is involved in a large-scale national study on workplace bullying, which is funded by the Health Service Executive (HSE). After completing her PhD in Psychology, Angela was a visiting researcher at several European Universities, where she was involved in international research projects focused on bullying in various contexts. Her main research interests are workplace-bullying, school bullying, bullying towards immigrant youth, peer relations and socio-moral development. She published in the field of school-bullying and adolescent development. 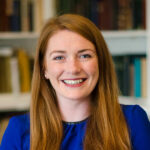 Dr. Mairéad Foody is an Assistant Professor in Psychology in NUI Galway and Honorary Research Fellow in the National Anti-Bullying Research and Resource Centre. She has a PhD in Psychology and several years of international applied and research experience with young people. Dr Foody has published widely in the area of child and adolescent mental health and is particularly interested in the impact of cyberbullying and bullying on psychological development. She holds several prestigious awards for her research such as the Government of Ireland Postdoctoral Fellowship, the James Flaherty Scholarship and the Marie-Sklodowska-Curie COFUND Research Fellowship. 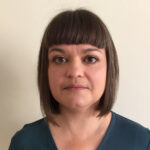 Dr. Maja Brandt Andreasen is a postdoctoral researcher of cyberbullying, cyberhate and online harassment at the National Anti-Bullying Research Centre. Maja completed her PhD in Gender Studies from the University of Strathclyde, Glasgow, in 2020. The PhD research focused on rape culture in humorous Internet memes about #MeToo. 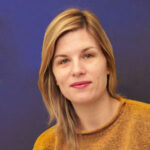 Dr. Tijana Milosevic is an Elite-S Post-Doctoral Research Fellow (MSCA COFUND programme), jointly appointed with ABC and ADAPT SFI, focusing on social media policies and digital media use among children and youth. She is the PI on a Facebook-funded project “Co-designing with Children: A Rights-based approach to fighting Cyberbullying” and her most recent work examines the effectiveness of artificial intelligence (AI)-based interventions on social media from children’s perspective. She is also a member of the EU Kids Online research network and she has coordinated data collection for the EU Kids Online project in Serbia (nationally-representative survey on children’s digital media use).

Her first monograph “Protecting Children Online? Cyberbullying Policies of Social Media Companies” was published in The MIT Press Information Society Series and she authored and co- authored a number of articles on children’s media use, among other topics. At ABC, Tijana also led the Irish data collection for “Kids Digital Lives in Covid-19 Times (KiDiCoTi),” an international project coordinated by the Joint Research Centre of the European Commission (JRC). The project in Ireland included a survey on a national sample of children aged 10-18 about their digital media use and online risks during the Covid-19 lockdown. On behalf of ABC, she has testified about children’s digital media use and online safety in front of the Irish Parliamentary Committees (Oireachtas) threea times since 2019, and has given numerous media interviews to the Irish and international media.
Previously, Tijana also researched young children’s privacy, especially from commercial data collection, as a member of COST (European Cooperation in Science and Technology) DigiLitEY project. Tijana Milosevic completed her PhD at American University in Washington DC’s School of Communication. She obtained her MA in Media and Public Affairs from The George Washington University, also in DC. Before coming to Ireland, she worked as a postdoctoral researcher at the University of Oslo, Norway, Department of Media and Communication. She previously researched media coverage of cyberbullying in the US mainstream media and a range of topics from media coverage of the War in Iraq to climate change, public diplomacy, and the effect of copyright policies on visual arts community in the US. Milosevic interned and worked at media organizations, such as the BBC and Radio Free Europe; public affairs and public diplomacy organizations like Fleishman-Hillard and The Public Diplomacy Council; and finally as a teacher at the French International School in Belgrade, which sparked her interest in understanding children’s behavior, especially in relation to digital media. 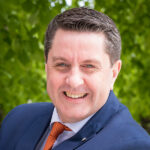 Prof. James O’Higgins Norman is a clinical sociologist with interests in school bullying, cyberbullying and online safety. He is a Professor of Sociology and holds the prestigious UNESCO Chair on Tackling Bullying in Schools and Cyberspace at Dublin City University where he is also Director of the National Anti-Bullying Research and Resource Centre. James is a co-founding Editor-in-Chief of the International Journal on Bullying Prevention and in 2019 he was Chair of the World Anti-Bullying Forum. He is widely consulted by the media and Government on educational and social issues and in 2018 he was appointed as a member of the Government of Ireland’s National Advisory Council on Online Safety. He has also led a number of large scale national and international funded research projects on bullying, cyberbullying, and migration.