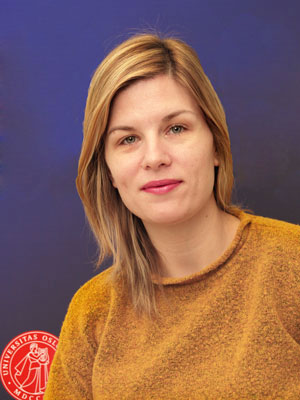 Dr Tijana Milosevic is an Elite-S Post-Doctoral Research Fellow (MSCA COFUND programme), jointly appointed with ABC and ADAPT SFI, focusing on social media policies and digital media use among children and youth. She is the PI on a Facebook-funded project “Co-designing with Children: A Rights-based approach to fighting Cyberbullying” and her most recent work examines the effectiveness of artificial intelligence (AI)-based interventions on social media from children’s perspective. She is also a member of the EU Kids Online research network and she has coordinated data collection for the EU Kids Online project in Serbia (nationally-representative survey on children’s digital media use).

Her first monograph “Protecting Children Online? Cyberbullying Policies of Social Media Companies” was published in The MIT Press Information Society Series and she authored and co- authored a number of articles on children’s media use, among other topics. At ABC, Tijana also led the Irish data collection for “Kids Digital Lives in Covid-19 Times (KiDiCoTi),” an international project coordinated by the Joint Research Centre of the European Commission (JRC). The project in Ireland included a survey on a national sample of children aged 10-18 about their digital media use and online risks during the Covid-19 lockdown. On behalf of ABC, she has testified about children’s digital media use and online safety in front of the Irish Parliamentary Committees (Oireachtas) three times since 2019, and has given numerous media interviews to the Irish and international media.

Previously, Tijana also researched young children’s privacy, especially from commercial data collection, as a member of COST (European Cooperation in Science and Technology) DigiLitEY project. Tijana Milosevic completed her PhD at American University in Washington DC’s School of  Communication. She obtained her MA in Media and Public Affairs from The George Washington University, also in DC. Before coming to Ireland, she worked as a postdoctoral researcher at the University of Oslo, Norway, Department of Media and Communication. She previously researched media coverage of cyberbullying in the US mainstream media and a range of topics from media coverage of the War in Iraq to climate change, public diplomacy, and the effect of copyright policies on visual arts community in the US. Milosevic interned and worked at media organizations, such as the BBC and Radio Free Europe; public affairs and public diplomacy organizations like Fleishman-Hillard and The Public Diplomacy Council; and finally as a teacher at the French International School in Belgrade, which sparked her interest in understanding children’s behavior, especially in relation to digital media.